Suffered through my first prenatal appointment on Monday. When I say suffered, I do not exaggerate. I agonized over this appointment, because it meant facing two of my most un-favorite things:

There were also stirrups involved, which caused a lot of secondary anxiety, but mostly I panicked and sweated over that stupid scale.

Let me be honest.

Switching to night shift about a month ago has killed me. Absolutely killed me. I hate it so much words can not even describe. I must have been crazy to think I could do it. I hated the first time around, and I hate it the second time around. The only thing to do to keep myself awake is to eat…and eat…and eat. And we’re not talking carrot sticks and celery here, people. I eat pizza and pasta and cookies and Chex mix. Real healthy stuff like that.

It’s terrible, I know. And I have only myself to blame. But the combination of zombie-like exhaustion and first-trimester nausea has left me wanting carbs, carb, and more carbs.

So I have eaten carbs.
And gained a thousand pounds.

My stomach looks like it is 5 months pregnant, but unfortunately, it looked like that even before I got pregnant. In fact, the doctor wouldn’t even do a Doppler to find the heartbeat, as she discovered I had a “retroverted uterus.”

My uterus sticks in, not out, furthermore explaining away the “baby bump.”

I got through the appointment by paying off the office girl to quietly write down my weight and vow to never mention the number aloud, which she dutifully stuck to. (Don’t judge me, ok?) I attempted the same sneaky trick with the doctor, but she just laughed and commented,

“Well, I’ll let you gain 15-20 pounds this time around, since you started out with a bit extra, ok?”

I suppose it was inappropriate to burst into tears and run out?

Anyways, here it is, in all its fake-bumpness glory: 10 weeks. 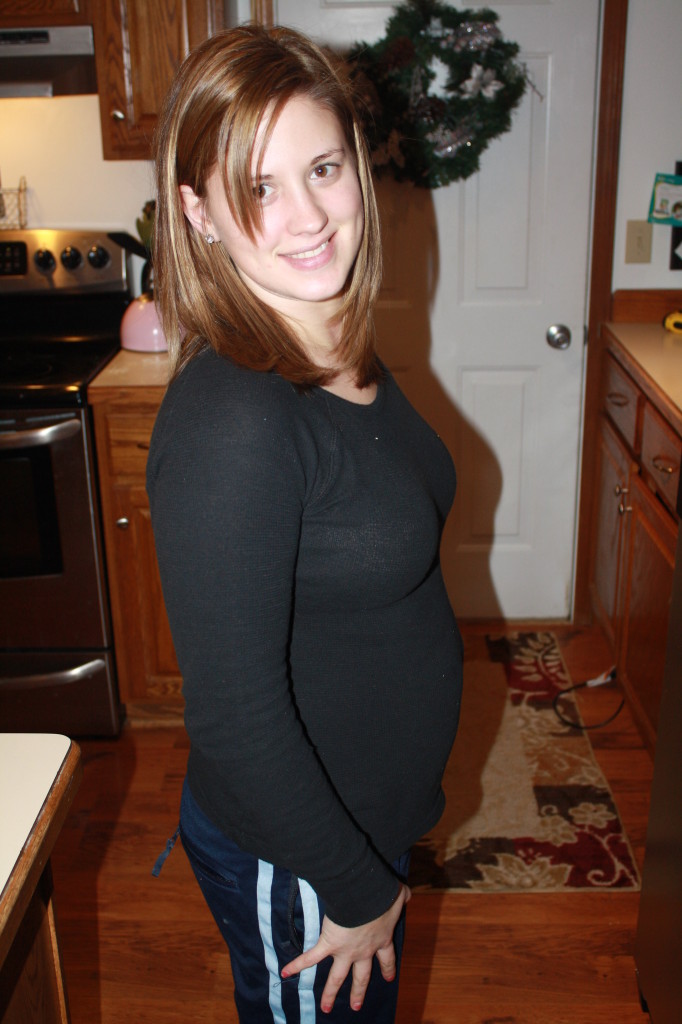