Who’s the moron, you ask?

Well, that would be yours truly.

This weekend, I was supposed to be cooling my jets with my lovely younger sister in lovely LA, beaching it up in warm weather and generally enjoying life that didn’t involve planning out how to find the time to pee because my youngest children are like barnacles attached to my body at all times.

But instead, I did something really dumb. I had just gotten back from a trip to the White House for a special event on the #LetsMove campaign with Michelle Obama and my childhood idol, Dominique Dawes, which was beyond thrilling. But still, it had been an exhausting trip and the thought of jumping on a plane a day after I got home, knowing I had to come home to more work and then the prep of Easter and a road trip we have planned to depart on Easter night sounded like more than I could handle. Plus, I just freaking missed my kids. 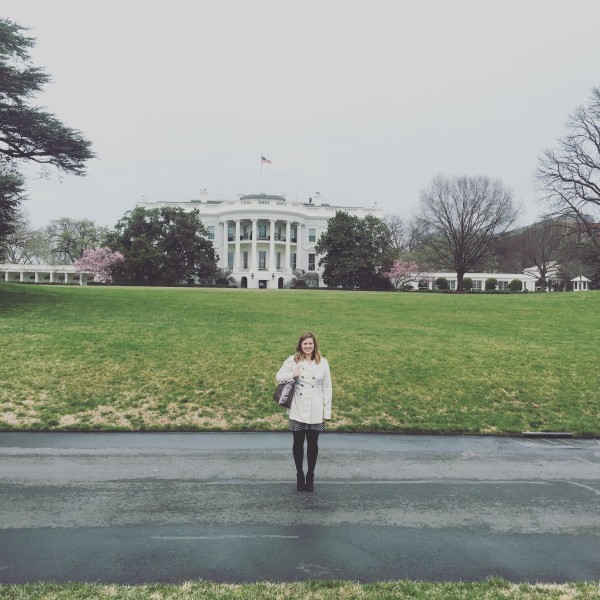 Until, only like 5 miles away, I started thinking something like this: omg, what if this just makes me so miserable and maybe I shouldn’t go and will Ben be mad at being a single parent for an entire week for really no good reason and maybe this trip was a mistake and why am I feeling like this, is this a gut feeling that means something or just me being a loser because I’m tired and will my sister hate me and the money is spent either way maybe I should just go home to my own bed and what if I hate myself for not going but what if I hate myself for going and I still have Easter shopping to do and our road trip and 10,00 emails to return and I haven’t met my income goals for the month and WHY CAN’T I DECIDE ANYTHING EVER AND WHY AM I SUCH A LOSER?!

And then next thing you know, I suddenly was crying and gasping for air and couldn’t catch my breath and then I made a wrong turn and my phone started yelling at me and I pulled over and couldn’t breathe for 10 minutes and tried to call Ben but couldn’t get any words out and I thought I might be dying, which only made me cry harder and not be able to breathe anymore so I unrolled the window and hung my head out like a dog and felt so pathetic for myself to be having what I eventually figured out must be a panic attack in the parking lot of one of the nastiest McDonald’s on the planet. And then my phone died.

I have to be honest with you: I’ve heard about people having panic attacks and I’ve witnessed a few so-called panic attacks from patients when I worked as a hospital nurse, but I’ve never actually truly believed in them. I’ve always thought, to some degree, it was just a bit of dramatics, if you know what I’m saying. Like a, well how nice for you to have time to have a “panic attack,” meanwhile there are real problems in the world, people.

And even as I was having one, I was thinking that exact thing, like WTH Chaunie, you’re having some kind of weird breakdown because you’re stressed about whether or not to take a trip to LA? First-world white privilege problems much?! Which, truth, but strangely, heaping on guilt didn’t seem to change the fact that was happening, not help it stop happening.

So yeah, I’ve been brought down a peg or two in humility, which I guess is a good thing and I still feel like that weird shaky state you’re in after a really big cry, like you’re not sure if you’re actually going to burst into tears again but you’re just spent. I’m obviously spending too much time in my head and I’d like to indulge in a little self-pity woe-is-me I just need to slow down crap, but that always annoys me when other people do it, so I won’t. I’ll just say that I feel like a moron I let this happen, I feel like a moron it happened over something so trivial, and I feel like a moron that I don’t really know how to move forward to make sure it doesn’t happen again.

I guess there’s no real point to this story and it’s a weird one to put out there after what–months?–of not really blogging anything other than my super-professional pieces for other sites, but there you have it. I tried to live a jet-setting life of glamour for one week and failed miserably. I’m a homebody at heart, apparently and I guess the morale of the tale is to know yourself well enough to know when you really have taken on too much so you don’t find yourself looking like a moron at McDonald’s.

I tried to self-medicate with a little of this this weekend instead: 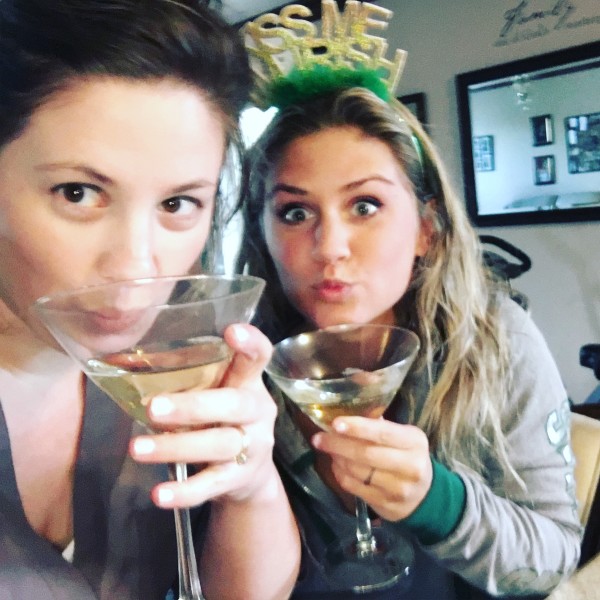 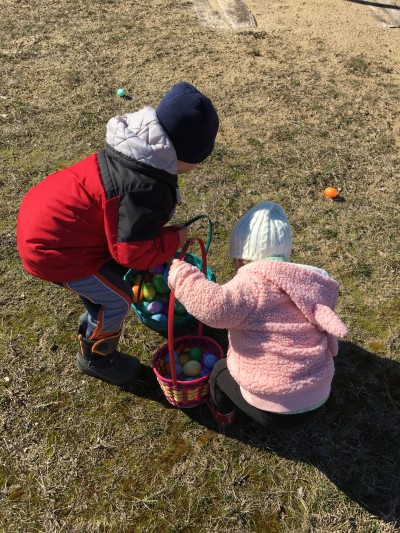 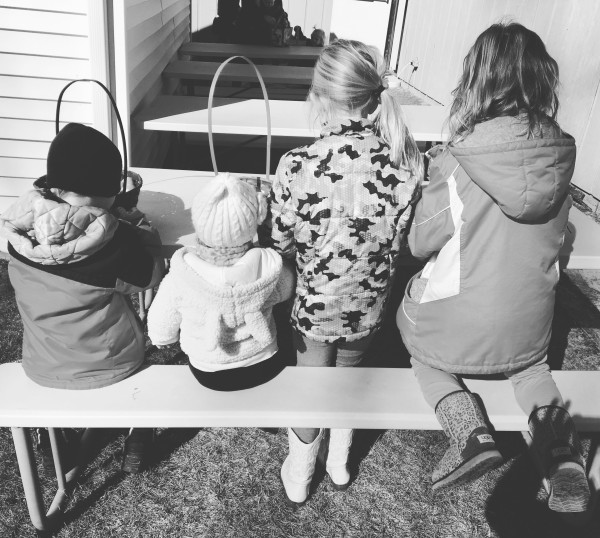 And I’d like to tell you that these little people filled my cup and brightened my soul and all those warm fuzzy feelings that people dish out, but that’s a total truth either. We had fun for about 5 minutes and then one of the children tested my patience to the limits with some behavioral issues and I had to pee so bad but couldn’t escape them long enough to even pee and I felt so sorry for myself again that I had done this to myself (Ben took advantage of my idiocy to go to the workshop, like a smart individual I am not) that I squeezed a tear out while pushing Sara on the swing. I looked just like a sad, bad music video montage.

Happy Saturday. Hope your weekend is just as faux-dramatic.