I started my new job at work last week.

I stayed down by the office for 3 days to get settled in and catch up on the crazy amounts of work they had going on.

For the first time in my life, I got dressed up in a cute little businessy dress and headed into an office for a job as an editor.

But for the first time in my life, I also saw my 3-year-old daughter put on a brave face on FaceTime and then burst into tears because she missed me so much. 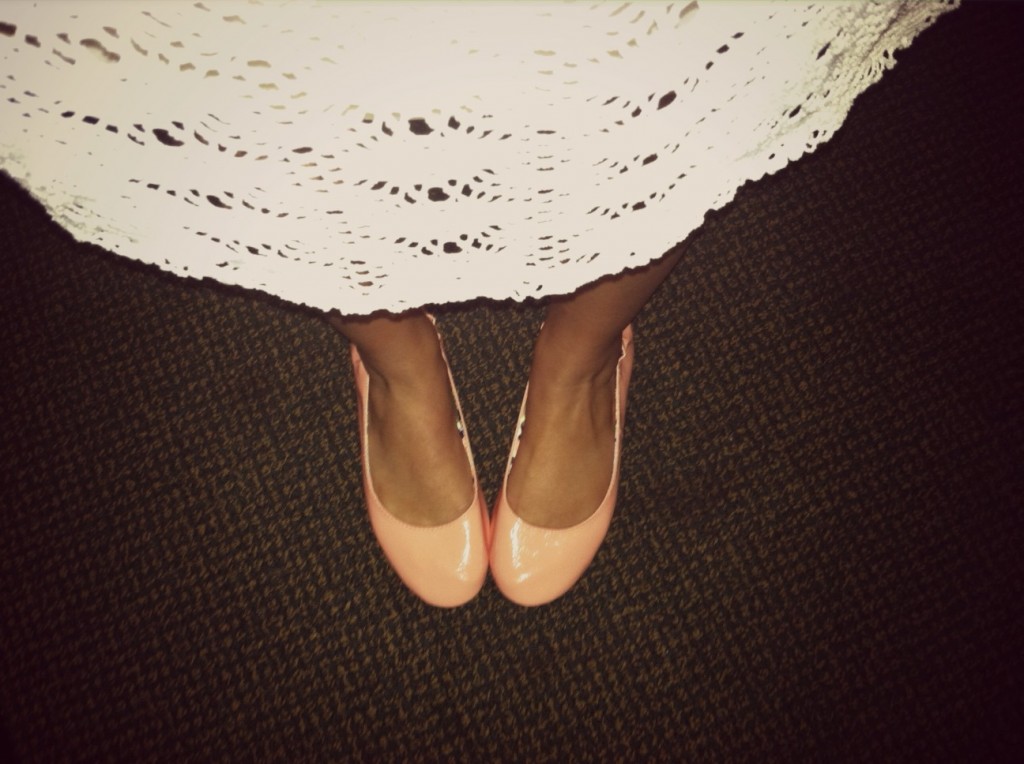 It was a tough week.

And although I can’t say for sure what the future holds, I will say that I learned a lot of valuable lessons in my first week of work:

1) Work and home, no matter, how hard I try, are completely different worlds. Part of my motivation in taking this job was simply the desire to feel like a professional woman. Yes, it’s a silly reason, but I have to admit that sometimes, it’s ridiculously hard to try to get in the mindset to whip out dazzling articles while I’m at home, unshowered and covered in poop. During the three days I was at work, I did exactly that–had time to dress and shower, did my hair and make-up every day, and worked. But when I got home? I was instantly a different person again and my attempts to get dressed at home? Ended up in Jake’s diaper immediately leaking all over my cute white skirt. So get over it, Chaunie. It is the way it is.

2) I really don’t care about fashion. Sure, it felt nice to put on a nice dress and do my hair, but holy cow, I realized, by being around large groups of women almost an entire week that I do not care that much. Sure, I like to look presentable as much as the next girl, but as far as what’s hot for fall and having the latest purse? Nope. Don’t care.

3) Women in business have to be fierce. My new boss founded this magazine from scratch and pretty much has created her own career in life. And she is fierce. And really, really smart. And also, I’m not sure she sleeps. I can already tell I’m going to learn a ton from her, but so far, it’s taken me 3 days to realize that ladies–if you want something, you best be getting off your butt and making it happen. No apologies. Be clear, direct, and don’t let any man make you feel less because you’re a woman. Because believe it or not, that kind of crap still happens in the professional world.

4) Every mother makes her own path. I know I’ve said this and rationally realized this before, but never in my life have I come face-to-face about my own stereotypes and beliefs about what makes a “good” mother. And to my surprise, I’ve found that no one is watching me and judging me and thinking I should do things a certain way. In talking to other women and mothers about the choices I make, both personally and professionally, I am grateful to see that for the most part, most of us really do understand that no one mother can say what’s right for another. It’s a really cool thing to see us supporting each other.

And that’s that. At this point, I’m still in major questioning and adjusting mode. And I think that’s ok. No matter what happens, I am grateful for this opportunity.

And in other news, I’ve covered some pretty interesting topics over at Babble this week. Check them out!

The Time I Swore Off Dating (The Start of Our Love Story!)

The Surprising Truth About Soulmates

What Your Wedding Ring Says About Your