It has been exactly two weeks since my husband and I found out that the sweet little one, the baby I hoped I would proudly announce as my rainbow baby, did not make it.

In those two weeks, I feel like time has both crawled by and disappeared faster than I can describe.

This pregnancy was different than my last one. A first ultrasound revealed–much to my relief–a tiny, developing fetus. After my first loss, when I never got to see the baby, seeing something, anything, felt like a step in the right direction. Until a second showed a baby whose heartbeat was much too slow. I don’t know that I’ll ever get the image of that flickering, struggling heartbeat out of my mind.

Still, there was some hope, my midwife said. A small chance something would change. You just never know. We would wait two weeks and re-check.

Can I explain what it’s like to live for two weeks feeling like you’re waiting for your baby to die inside of you?

One morning, I woke up and I felt just the tiniest bit less sick. Just the smallest bit less sore in my breasts. Just a teeny bit less pregnant.

It happened, I texted my husband frantically. It died. I know it did.

Then, a few days later, I was nauseous again. Not as bad, but the morning sickness–and thus, the hope was there. Until our final ultrasound. The nurse took one look at me, a weeping, blotchy mess, and stated quietly she wouldn’t take my blood pressure until afterwards.

Opening my eyes to face that screen was the hardest thing I’ve ever done. It was a moment I imagined countless times over the nine weeks I was pregnant, a moment I hoped so much would be a surprise moment of joy.

But instead, I was met again with blankness. My baby was gone. 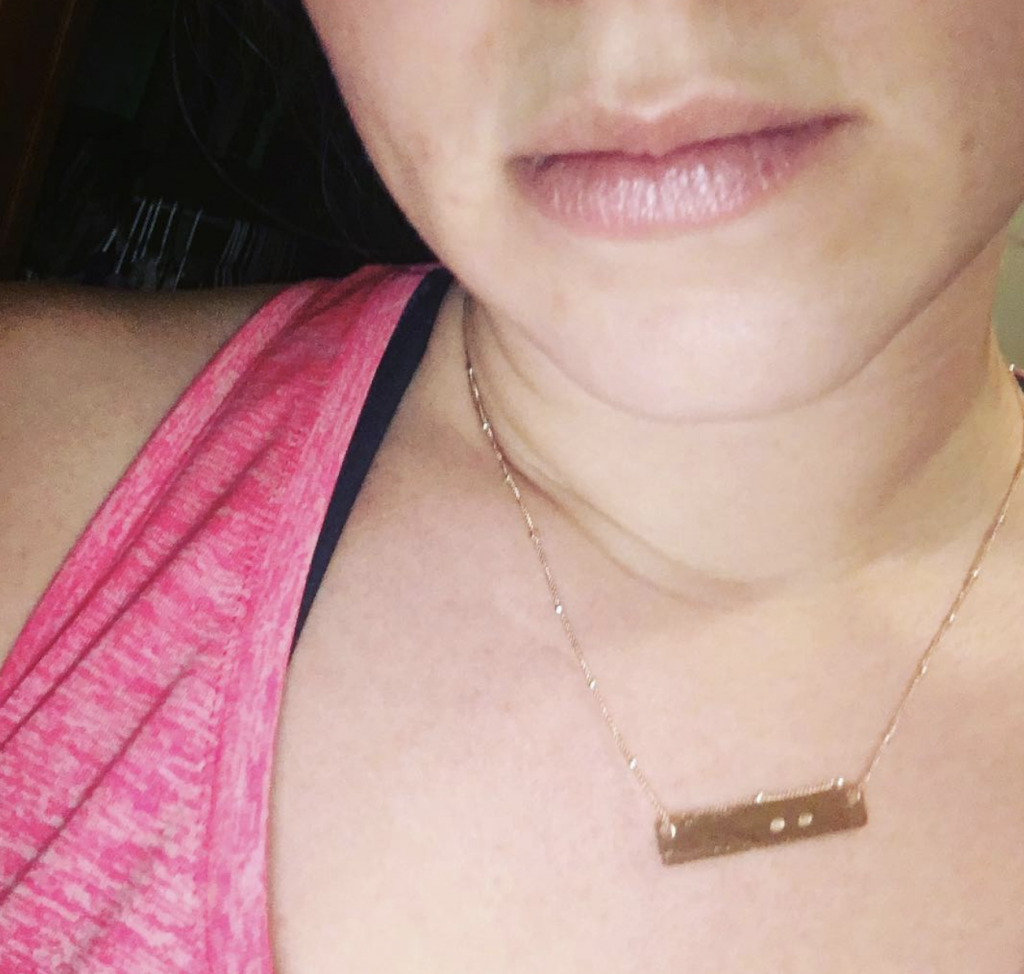 Just like last time, my baby had died and my body hadn’t gotten the message. I was still, technically, very much pregnant, with a gestational sac that was still growing and producing hormones and making me feel (and look) pregnant–for nothing. Nature can be so very cruel.

Even writing this out feels like a bizarre nightmare that happened to somebody else. Surely that couldn’t have happened to me. Two miscarriages in a row? Starting off the New Year with your baby dying? That just doesn’t happen. And yet, how many parents are losing their children to cancer and birth defects and horrible diseases and things we can’t even imagine? Sometimes I think that being a woman, becoming a mother, means feeling all of the losses we all suffer collectively. There is something about opening your body up to life–and letting go in death–that feels like we absorb the pain and suffering together.

It has been two weeks and I now wear two circles near my heart that represent those two souls that I will always carry with me. It’s almost painfully ironic when I think about how, when I was younger, I always said I wanted to have six kids.

I just never thought it would be like this.

P.S. Because there have been so many of you who have left such kind words on my Instagram, I just want to also take a moment to let you all know that I am OK, I promise. In a way, my first loss helped me prepare for this one and I am healing and feeling stronger every day. There have been a lot of lessons this loss has taught me that I will probably share soon and for now, I am trying to be still enough to listen and learn them. Thank you for all your love!