I wasn’t going to get Ben anything for Father’s Day.

In fact, all I did was order him a belt for Father’s Day from Kohl’s. Online, because I’m too lazy to drag all three kids into the store with me and by the time I actually got around to ordering the belt, they didn’t have his size and it wasn’t even going to be here for Father’s Day.

But I still ordered it.

He’s been saying he wanted to lose a few pounds, so I’m just helping him along, right?

My sister-in-law, who is all full of annoying love for her husband planned a good Pinteresty gift for her man that at first made me tired because all I could think was ugh, that sounds like so much work.

But then I decided…

I could totally steal her idea!

I just happened to have a daughter who has the same letters in her name as the word “Dad,” so I swiped some wooden letters that were hanging on her wall and went to town on creating a Father’s Day “Dad” picture  collage with the kids. If you haven’t conveniently named your daughter with letters that spell out “Dad” you can buy the wooden letters basically anywhere, including Wal-Mart for $1.87 each, which I know because I left the price tag on the back of mine.

The idea is pretty simple: have the kids (or kid) hold up the wooden letter to spell out “Dad” and then print and put the pictures in a three-fold picture frame or a collage.

I have three kids. I had the letters all ready to go. I pretty much had to do this, right? 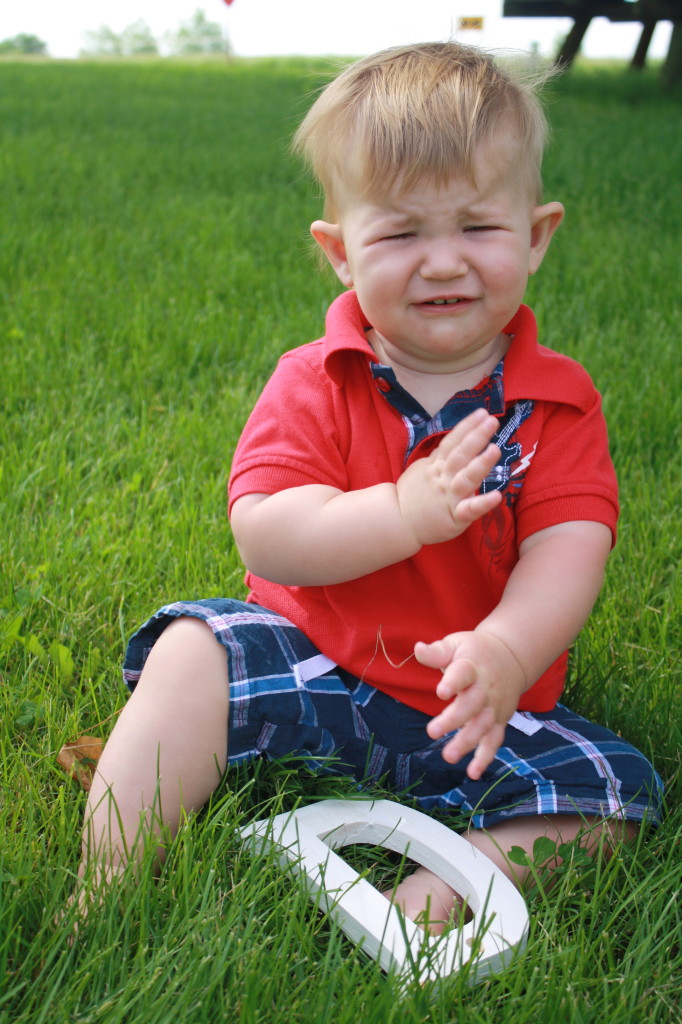 Eventually, though his older sisters helped me out a little (hey, this having more kids thing is starting to pay off!) and I got a few usable shots.

I don’t have Photoshop on this computer (and who am I kidding, I wouldn’t know how to use Photoshop), but I used my trusty PicMonkey to do some light editing and framing.

Seriously, how cute is that smile? You’re killing me, Jake.