“Aren’t we so incredibly lucky we don’t have any kids with allergies or any problems like that?” I said to my husband last week.

I try not to buy into any of that “power of positive thinking” stuff even though I admit, every time I think the word “cancer” or “tumor” I panic a little, just willing the thoughts out of my body where I hope my cells won’t rebel against me.

It’s terrifying, how close we all teeter on the edge of normalcy, a life where laundry is our biggest problem. 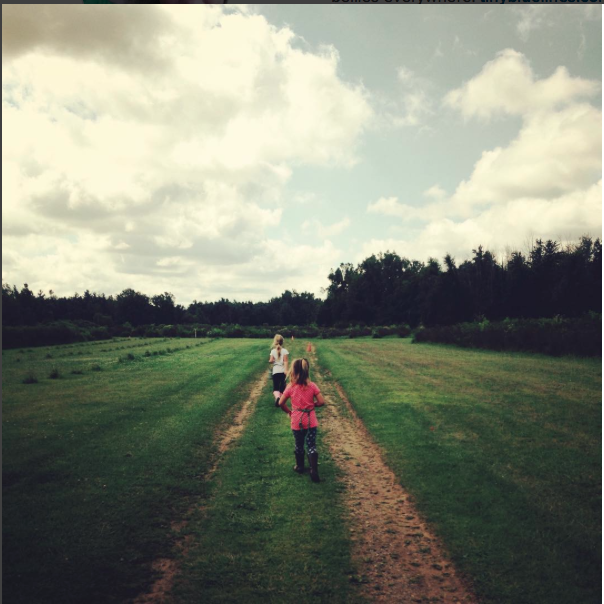 But maybe I did speak to soon, because in the week following those words, my youngest has broken out in mysterious hives that I can’t quite pinpoint and regarding which the PA at the doctor’s office where we corralled all four of them for annual check-ups (fun, so fun) insisted they were bug bites even when I firmly insisted in reply that they were most definitely not. They are still popping up occasionally, sometimes a baby-wide rash, other times just a few here and there. It’s maddening, really, to have no idea what’s causing them and how bad they could get.

And after years, honestly, of my middle daughter companying about on and off stomach pain, which I have mostly written off as a sensitive tummy, and sometimes lethargy, and sometimes crazy mood swings that have always made me suspicious of diabetes because I once interviewed a mother who claimed those exact symptoms of her youngest before a diagnosis, we had some testing done.

Nothing has come back conclusive but she did test positive for a portion of the Celiac Disease panel and although it looks like it’s probably not actual Celiac Disease, she definitely has some kind of auto-immune symptoms going on and my guess is it’s related to the colic she had as a baby and some kind of “leaky gut” or gluten sensitivity.

I admit that I’ve always been kind of selfish in holding on to the fact that I was never that mom that had to deal with any special diets or kids’ medical problems and honestly it’s not because I’ve been blind to it–I’m almost more attended to it after years in the medical field. It’s awful and horrible and I’ve prayed every day in gratitude for our children’s health, still kind of sort of thinking in the back of mind that could serve as a safeguard. Like if I was grateful enough, nothing bad could ever happen.

And it’s still (hopefully) nothing that will rock our worlds, but I will say this much: sitting next to my girl at the hospital day as she lay stretched out so bravely to make me proud, I clung desperately on to that edge where I can be the one to say, thank god it’s not us.

Praying for all the mamas and their babies who are hurting and healing today, because it truly could be any of us, at any time.