The other day at the store, I was waiting in line at the store with the Jake man, who was looking all adorable in his fuzzy blue teddy bear snowsuit. I swear that man has a sensor for when people are admiring him, because whenever we go anywhere, he immediately hams it up, smiling his little gummy smile and flashing his dimples.

Anyways, so this lady in line immediately starts cooing over him, flailing her arms in his face whilst I tried to nonchalantly prevent her from touching him all over. (Does this bug anyone else? I wouldn’t touch a stranger’s baby in the store, would you??)

“Oh, he’s soo cute!” she squealed. She eyed me up and down. “Congratulations!!”

“Thank you,” I said. I knew she was thinking that he was my first, so I felt the need to pay homage to his sisters’ existences as well. “He’s actually my third!”

The flailing arms suddenly stopped. “Yup, he has two sisters at home!” I continued brightly.

“Oh!” she said, surprise written all over her face. “So, are you done now?”

I get that a lot. 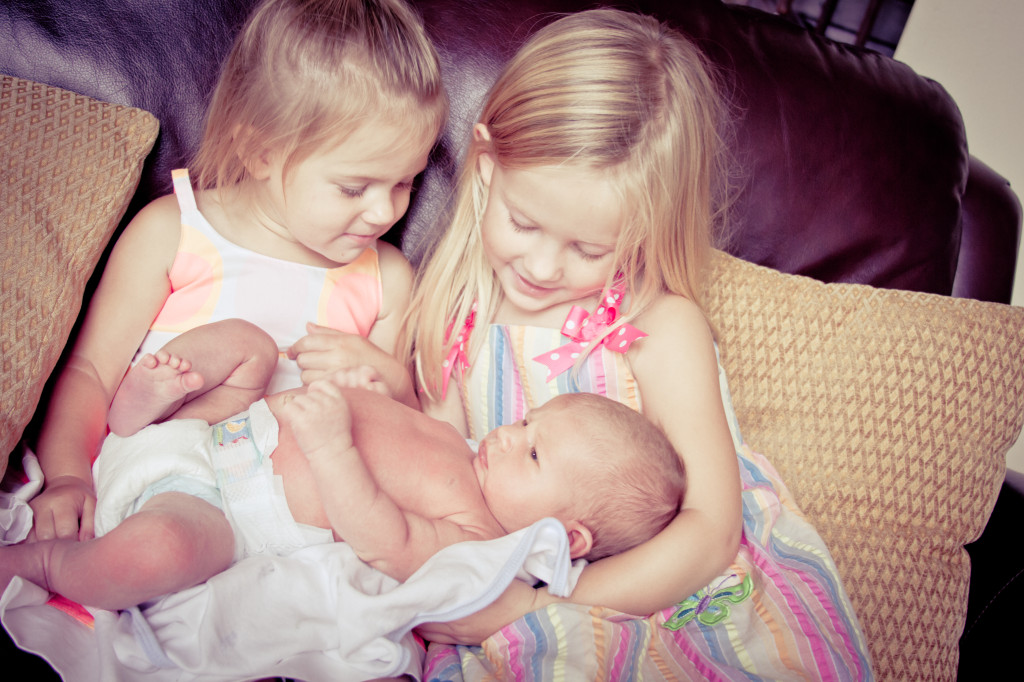 Seriously, it feels like at some point, now that I have three children, every person I have ever encountered as has asked me if I am done having kids. And it’s not so much that I mind people asking me how many children I plan on having, because I admit to being curious about other people’s baby-making plans, but I do find it really interesting that after three, the question takes a different tone.

“You had better be, you no-good-breeder! You already have one of each, for cryin’ out loud!”

I get that having more than two kids turns us from a neat and portable family into more of a spectacle. And I know that when I see families with a bunch of kids, I am always amazed. Primarily because I am amazed by the thought that anyone with a gaggle of children 1) find time to have sex 2) want to have sex 3) be pregnant that many times 4) not lose their minds.

I honestly don’t know how many more children, if any, I will have. At this point, I am 26 and have a lot of baby years ahead of me. Ben and I both come from families with four children, so that doesn’t seem like a “large” family to me.

I don’t know, maybe I’m being over-sensitive, but does anyone else get the feeling that there is an implication that the more children you have, the more irresponsible you are?