Some of you may remember my original post with Kayla, who found out that she was pregnant while traveling–all alone in Germany. (Psst…Kayla’s story is also featured in my book!) Kayla was kind enough to give us a little update on her life and she let me share how things are going on the “other side” of her unplanned pregnancy. Visit Kayla on her blog, Kayla Expects Chaos, for more updates from this inspiring young mama.
As for an update, things are going well! I was really struggling with postpartum emotions but I’ve been in counseling and I’m starting to feel more myself. I was so miserable my last month of pregnancy that even with the agonizing pain, giving birth was such a relief and an incredible experience.
As many others have said, being an unplanned pregnancy I really had a hard time allowing myself to enjoy and bond with my baby during the pregnancy because I felt guilty. As if the baby was a punishment for bad behavior and I should treat it that way.

Now I feel more like she is my reward for making the right decision in a difficult situation.

I can’t imagine life without her and now that she’s (almost) 10 weeks she is starting to smile and giggle with me and it’s really fun interacting with her. 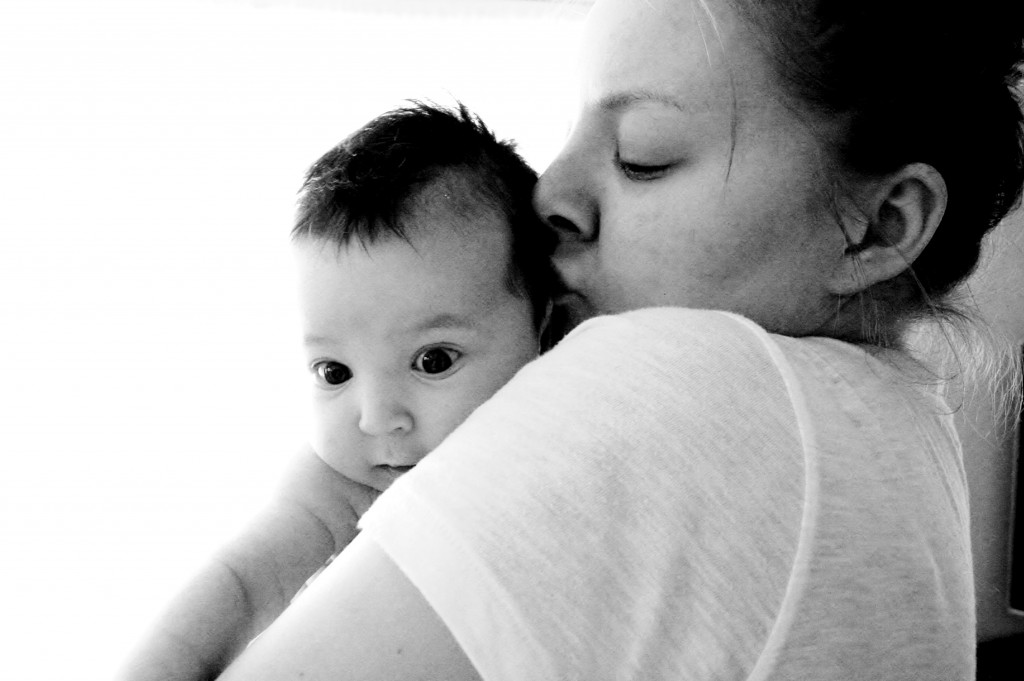 Kayla and her daughter

She started daycare at 7 weeks because I had to go back to work, and that has been difficult. Probably more so on me than on her. I’ve made it my new goal to figure out a way to work from home so that I can be with her more. As my emotions stable and this new life becomes the norm I’m trying to start blogging and writing more because that has always been a passion of mine.
Some surprises regarding motherhood have been how much of the stuff I was worried about having has been sitting untouched and also how much things I said I would NEVER do has become the norm (i.e. co-sleeping).
I’ve been pretty blessed to have an amazing support system so I haven’t had to deal with much in the way of inconsiderate comments but there were definitely times during my pregnancy that people I used to consider friends would only approach me in groups, once someone asked my mother in front of me if I was pregnant and if I was married (HELLO I’m standing right here, ask me) and I’ve gotten my fair share of tales of how children with single moms end up in jail or addicted to hard drugs (people can be really encouraging sometimes).
My favorite is probably when people who just asked me if I’m single are absolutely horrified that I would put my child in daycare and go back to work. Sorry folks, someone has to pay the bills.
Thanks again for sharing my story and for all the other stories and encouragement you share. I’m excited to read your book when it comes out.