And suddenly, it seems, the world around me is crashing down. Whereas I once had a baby, a toddler, a little girl, I suddenly now have a full-on teenager.

While in between the occasional tears, tantrums and cuddles, I see how young she really still is, the other side of the story is I feel so much pressure that she is growing up. It seems everyone around me has already, or is planning on sending their similar-aged children to preschool.

I’ve thought about preschool, but was pretty adamant I wouldn’t send Ada. I have one year left with my babies, for cryin’ out loud. But then, I started to change my mind. What if she liked it? What if it was good for her? What if it gave me 2 hours of peace where I could get stuff done while the other kids (hopefully) napped?

Last night, we went to a local preschool’s open house. Ada loved it. And I’m not making that up. I only say that because she grabbed my hand and said,

The truth is, well, the truth is several things, I guess…

1) I’m a believer that kids should be kids. We get 5 years with them, people, 5!! When I first had children of course, I believed the whole “time flies by” notion, but I didn’t really get it. Until these 4 years literally flew by, smacking me upside the head in the process. While we go over things like letters and shapes and colors and all that other kindergarten-y stuff, I never push “learning” on Ada. I just want her to play.

2) Is all this school really necessary? I mean, really. How many of us went to preschool? And we turned out fine, didn’t we? To me, preschool just seems like a glorified form of daycare. In all honesty, I was never a big fan of school. So much of it is a big, fat waste of time. Sure, there’s social stuff and opportunities and sports, but 12 years, all day, every day, and then college, and then more college, and then a job?? All we get are those first years, so why should I rock the boat a year early?

But then, on the other hand…

3) Ada is kind of bored. She recently stopped napping. Since she was born, I have been in the habit of working during her nap time. And now that she is awake during said nap time, I am at a loss. She wanders around the house while I frantically check emails and try to whip up literary masterpieces on the computer.  She whines. I feel guilty. She whines again. I suggest an activity. She performs suggested activity for 0.2 seconds and whines again. It’s like a form of torture for both of us. So maybe, preschool would actually be good for her? Fun for her? Not the slow march towards death that I am envisioning?

4) School ain’t what it used to be. Unfortunately, this is the truth. We had half-day or a shortened week of kindergarten. But no more. It’s full-on, all-day, every-day in our county starting this year. And for Ada, who has never been to anytime of daycare or anything, I am a bit worried the adjustment will be hard. I mean, she’s gone to story time and babysitting at her aunt’s and some classes, so she has some sort of idea of standing in lines and listening and what not, but to transition from home to all day, every day school–that does seem a bit much, no?

5) I’m lazy. My initial thought was to sign her up for a 2-day-a-week afternoon class. Perfect to hit the little one’s naptimes and entertain her for a bit, right? Well, apparently the 2 day one is for the “little” kids and she is a “big” kid now. Puhlease. So that would be mean dragging my butt and three kids out of the house three days a week, x 2 for pick-up/drop-offs. And then what if I wanted to pick up days at the hospital? Who would drop her off then? It seems like it could be an exhausting, logistical nightmare.

So, what do you guys all think? I’ve written about my struggles with the decision before (The Great Preschool Debate), so it’s really nothing new to me. But I am worried about it and it seems like an imminent decision now.

What’s your take on preschool? Necessary? Good for them? Do you send your kids?? 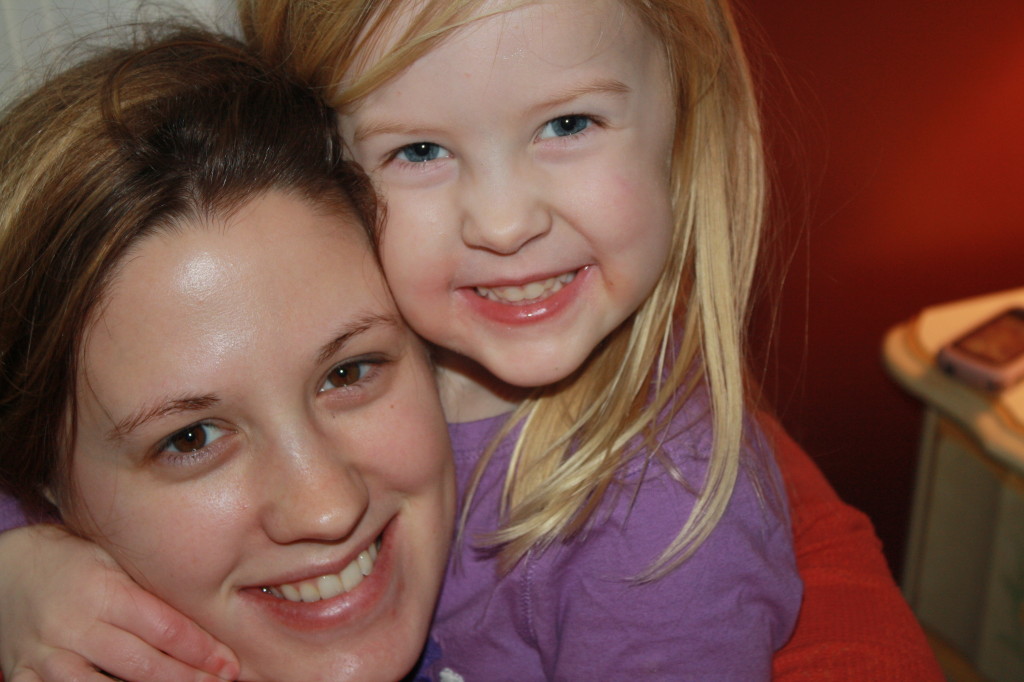