It’s that time of year.

For me to finally make up my mind if I want to send Ada to preschool. You  may recall I debated the preschool question a few months ago and have been chewing it over since then. To no avail.

Before I had Jacob, I paid the $50 pre-registration fee and toured the school. I was determined to do it. I wouldn’t let my own selfishness hold her back from reaching her full potential.

Having a third and realizing that this is my last and only year to have all three of my babies with me, I am wavering again.

In one year, just one short year, she will be gone to me–to the little world we have right now. The majority of her time will be spent with strangers, and that thought panics me. How on earth do people send their kids out into the world? It’s terrifying. Having a teacher for a husband doesn’t even help matters–his stories of middle schoolers selling fake pot (also known as oregano) in the bathroom paints a sad portrait for us mothers.

So, really what’s another year to let her just play? To give her one year to just be home with her sister and have the kind of freedom she will never again have? To watch her baby brother grow and give him kisses and tickle him whenever she wants?

I hate that I am so indecisive, really I do. On one hand, I want her to be ready, socially and intellectually for kindergarten. On one hand, I know that she would probably love preschool.

But on the other, I know the playgroups and activities we do (for free, nonetheless) are probably enough for the social aspect. And I know that I can prepare her for what she really needs to know at home.

It’s just hard to know what to do. Preschool costs a lot of money, and I’d love to try to take some time off of work the next year to make breastfeeding a little easier. Ben is facing a yet-to-be-determined pay cut along with an increase in our share of health insurance, as well as an increase in his student loans when he finishes his Masters. A bad combo. And then there’s the challenge of getting all three kid out the door two times a day–I’ll admit it, I’m lazy when it comes to that.

But then there’s the little girl who is bored to death while her sister naps. Who wrenches at my heart when she asks me to play with her while I’m working on the computer. Who drives me crazy with whining as she wanders around the house.

I know I will probably never agonize like this again, but it’s a first for me, and the deadline is looming. It just breaks my heart to feel like I am putting an end to her childhood. 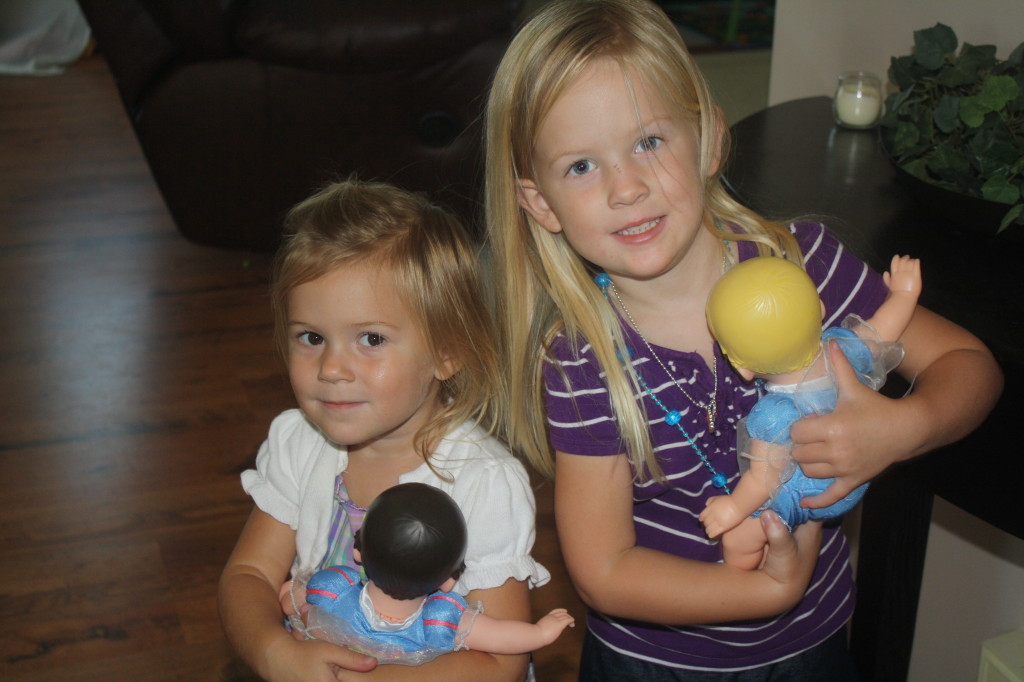 How can I break them up??