Call me crazy, but I think that there may be a few misconceptions (ha!) about unplanned pregnancy floating around out there.

Perhaps maybe something along the lines of all we’re all poor, uneducated mothers popping out as many kids as we possibly can to milk the system?

Today, I’m setting out to dispel some of the common myths about unplanned pregnancy. 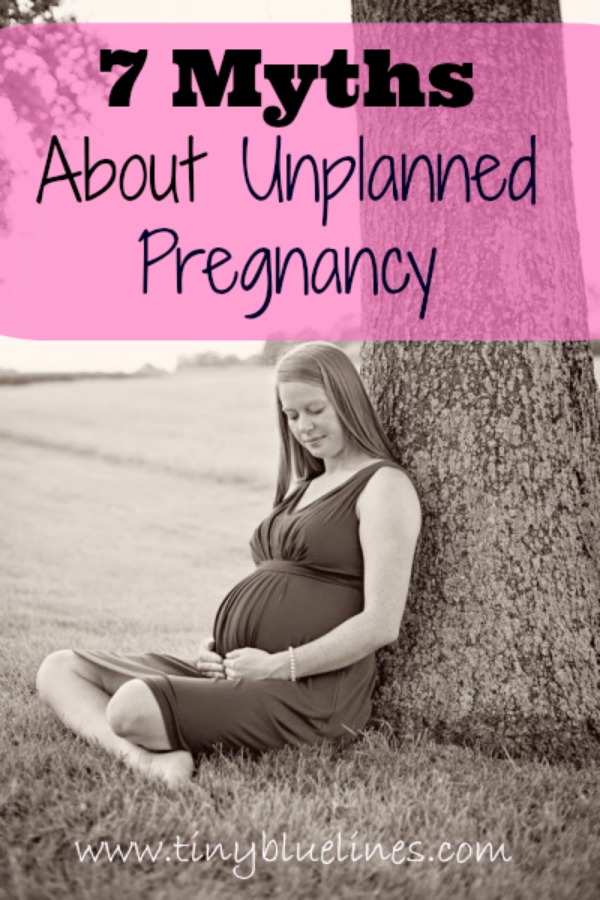 Fact: Over half of all pregnancies in the United States are unplanned.That’s a whopping 7 in 10 pregnancies. (Source) We are not alone, ladies.

Fact: Unintended pregnancies happen across the board for all income levels.

Myth #4: Most women who have unplanned pregnancies choose abortion.

Fact: Although traditionally this has been true, the trend is changing. In 2008, 60% of women who had unintended pregnancies gave birth.

Myth #5: Women who have unintended pregnancies don’t use birth control.

Fact: One-quarter of women who have unintended pregnancies use contraceptives.