It’s the question that every woman, in every century, in every part of the world has asked herself.

What if I’m pregnant?

It’s the question that lingered in the back of my mind three years ago on a weekend home from college.  Ben, my boyfriend of four years, my siblings and I had stopped for a picnic in the park on a gorgeous fall afternoon.  It’s just a normal Sunday, I tried to convince myself as I fought waves of nausea, Everything will be fine.

“What’s wrong with you?” Ben asked me.

I laughed it off, chalking my upset stomach up to junk food.

But later that night, as we headed back to school, I hesitantly turned to Ben and told him that my period was a little late.

I felt the blood drain from my face.  “Um, well, it’s just a little late…let me think, I had it in August, so it’s only…(pause)…three weeks late.”

That night, I decided to take a pregnancy test.

I found myself drinking a water bottle as Ben sped to Rite-Aid shortly after midnight.  I browsed the selection of pregnancy tests (should I get the E.P.T. or chance the off-brand? Did I want one test or two?) while Ben pretended to examine batteries in the next aisle.  As we checked out, I found myself staring at the young cashier, memorizing a face I knew I would never forget, wondering how he could possibly ring us up so calmly when my life could be changing forever.

When I got home, I attempted to read the instructions and decided on the pee-in-a-cup method because my hands were shaking too badly to hold the stick steady.  I carried the cup to the kitchen, where my boyfriend was waiting, and held the test poised over the edge, as if I could prevent my life from crashing around me for just a moment longer.

I held my breath and dipped the test.

Before the test was even fully submerged, I saw it–two tiny blue lines innocently aligned in the form of a presumptuous “plus” sign.

I tore open the second pregnancy test and dunked it.  Positive again.  I stared down at those two tiny blue lines, illuminated by the fluorescent light of my student apartment, with my boyfriend motionless in the corner, and I screamed, a sound that felt like it couldn’t possibly be coming from me.

I was 21, unmarried, a student in my senior year of college, and still taking my laundry home to my parents every weekend.

The next morning, I woke up on top of my covers, in the clothes I had worn the day before, with the sun streaming in through my window. For an instant, like waking up from a dream that you think is real, I forgot I was pregnant.

I had worked hard to make my life “perfect.”  I had a checklist and a to-do list for everything.  I wore my badges of “valedictorian” and “full-tuition scholarship” with honor. I prided myself for being a person that my two little sisters could look up to.

And then, with one year of school left, a study abroad semester to Italy in the works, and a plan to switch my nursing major to a life-long dream of writing—I committed the ultimate sin: A pregnancy out of wedlock.  An unplanned pregnancy may be fine if you happen to be Jessica Alba, but in the real world of small-towns, stigmas and stereotypes, being 21 and pregnant is not a glamorous thing.

Reality is judgment, reality is the assumption that brains and pregnancy do not co-exist, reality is your college instructor rolling her eyes as you (yet again) rush out of class to puke in the garbage can.

I discovered I wasn’t one of those women who spend hours researching their baby’s development, or forcing headphones of Mozart onto their baby bumps.  I was terrified of my baby.  Instead of daydreaming about holding my beautiful bundle of joy, I reflected on a few of the lessons that unwed motherhood had taught me:

I found out that getting pregnant is always the girls’ fault—in the endless gossip that went on about me, it was whispered that I wasn’t “strong enough to say no.” Over coffee one morning, a co-worker, well aware that I was pregnant, disgustedly told me she couldn’t understand how in this day and age, with all the birth control options out there, anyone could be “stupid enough” to let herself get pregnant.

Lesson #2: All mothers are not created equal.

I learned this lesson on Christmas Eve, five days before my wedding, as I found myself standing next to an older, married woman of the community in the back of church.  She had a well-paying job, a loving husband and had adopted a child after being told she could never have children.  And she had just discovered she was pregnant.  There we stood — two women with unplanned pregnancies. Person after person walked up to the woman and congratulated her on her “miracle from God,” but do you think anyone congratulated me? (Hint: The answer is no.) When you are young, unmarried and pregnant, people become confused –should they congratulate you or offer their condolences?

Lesson #3: Skinny people multiply when you are pregnant.

I have no explanation for this lesson.  All I know is that suddenly the campus was teeming with women wearing skin-tight sweatpants with the word “Juicy” written across their butts. And of course, it goes without saying, but while the skinny people multiplied, so did my weight. Perhaps they could fit into those size zero sweatpants, but I had the ability to gain 8 pounds in five days. Ha!

Lesson #4.  It is possible to puke on an empty stomach.

That’s all I’ll say about that one. It’s better that way, trust me.

And then, lying in my bed one clear, cold night with the stars steady and bright through my window, I also realized a

n important lesson, the lesson that finally proved to me that I was ready to become a mother:

Lesson #5. I am stronger than I thought. 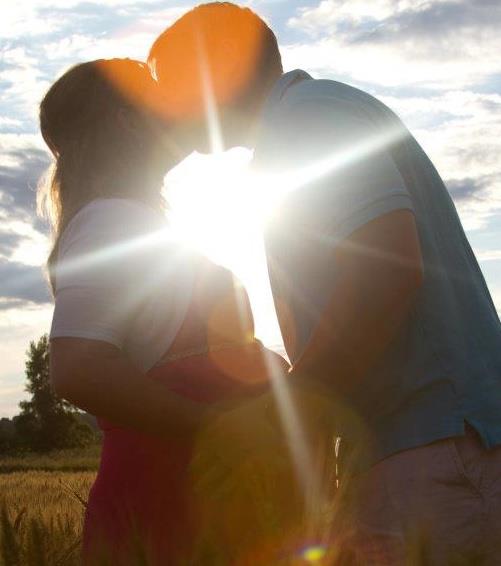 What I discovered about myself came as a surprise — a strength I didn’t know existed. While the world may have seen me as an unlucky statistic, a person to be pitied, I learned to hold my head high and to be proud of my choice.  Balancing my book bag and my baby belly, I faced a world that is still saddled by the false stereotype of a young, ignorant, unmarried mother.

And nine days after my twenty-second birthday, exactly one week after my college graduation, I learned my final lesson:

On May 17, at 4:51 p.m., the moment I feared so much became laughable as I gazed down at the most beautiful sight in the entire world: my daughter.  I had doubted my ability to love her, and instead, the moment I laid eyes on her, I recognized her. She was my daughter. She was both a part of me and so completely her own, and much to my relief, I fell in love with her instantly.

But, as this is a real-life essay, I have to tell the rest of the story. For me, the emotions of my unplanned pregnancy did not end with the pregnancy. Weddings are particularly hard for me, when I see “normal” brides dashing off with their new husbands into excitement-filled honeymoons (at 5 months pregnant, my honeymoon was more PG than X-rated).  I feel envious at times of my single friends, with promising careers and money left over on pay day.  Some days, even reading fills me with questions of “what if” when I envision the life I’ve always dreamed of as a writer and editor.  I fear telling my oldest daughter how she came into the world or how I will talk to her about relationships and sex.  I wonder if my seven-week old daughter will feel different from her sister, having been conceived the “right” way in marriage.  I wonder if I will ever go to a party and have someone ask me about my work, instead of just talking to my husband.  I wonder if I will ever been seen as more than “that girl who got pregnant.”

I’d be lying if I said I had it all together all the time, but I am learning every day how to be a parent, how to be a wife, and most importantly, how to be myself.  I have great plans and hopes for the future (finishing my Master’s degree, opening my own non-profit, writing a book) but today, I am happy to say that I have found the answer to my “what if.”

Her name is Ada Marie. 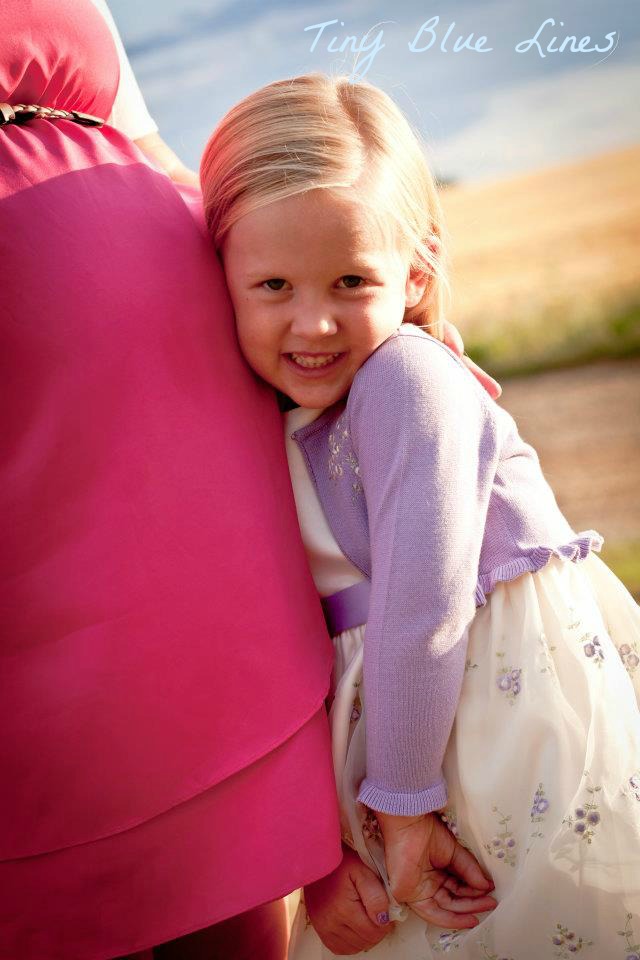 All images property of Chaunie Brusie.