I promise not to bore you all with the ongoing week-long saga that is my emotional drama with Ada starting school.

I promise not to suck you in to heartfelt pennings about the swift passage of time, and how hard it is to let the baby you were just holding to your chest navigate a lunchroom everyday by herself, or how heart-wrenching it is to watch your little girl cry herself to sleep at night because she’s scared to go to school in the morning.

No, ma’am, there will be none of that.

Because honestly, you can’t can’t fathom how fast the time goes when your kids are this innocent, precious stage of little until it smacks you in the face on its way out the door, and you find yourself sprinting down a school hallway so your daughter can’t see you burst into sobbing, ridiculously cliche tears.

I know that most of us are doing the best we can just to survive and make it through the day with little people at home. It’s hard to  see through to the next stage, or heck, even to past bedtime, when we will collapse, utterly exhausted and asleep before our heads hit the pillow every night. 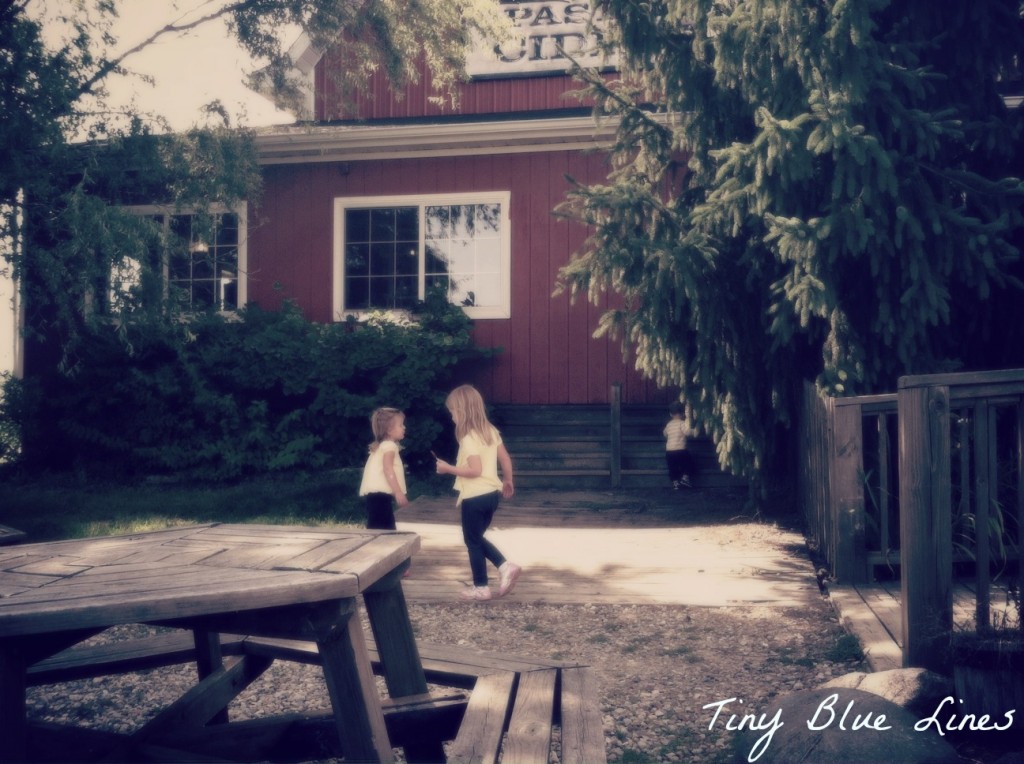 So, really, I don’t want to lecture you and tell you to enjoy each and every moment because it just goes by so fast.

Or to tell you to forget the dishes and let the laundry pile up and to cherish the sticky fingerprints on the windows.

Because what the heck? No one can enjoy living in a dirty, messy house all the time. And for cryin’ out loud, let’s not make ourselves feel even guiltier than we already do about just cleaning up.

But I do want to tell you what I realized when I came home from the first day of dropping my baby off at a kindergarten that I’m not so sure she should even be at.

When I stumbled through the door, dazed and confused, feeling like I had just chopped off a piece of my own body and unsure of where I had placed it.

When I sat on the couch and found two more little faces peering up at me, eyes blinking wide, unsure if their mother had been replaced by the tearful, crazed creature before them.

And realized that none of it matters.

I felt like a fog had been lifted from my parenting eyes, a weight lifted off my shoulders. I realized, in a rush that felt a lot like horror, that I had ruined my time with Ada. Yes, there will be after-school play dates and family dinners and probably a soccer game or two, but that time when it was just my girl, bleary-eyed from bed, watching morning cartoons or doing my hair on a lazy afternoon or playing with her sister in the office was gone.

I realized that since the day she was born, I had been trying so hard to prove something. What, I’m not sure. But just something–that I was a good mother, that we were being productive, that she was happy and fulfilled.

I feel like I was racing to fit it all in, make sure she had the best start possible in life. It’s not like I put her in a lot of activities or pushed her to greatness, but always, I felt this intense pressure not to screw it all up.

She is my first-born and I will make mistakes, I get that. But the second that I came home without her, I realized that the baby, the infant, the toddler, and the preschool years…they just don’t matter.

And I don’t mean that they don’t matter in the sense that you are thinking.

I mean that they don’t matter in the sense that your child’s entire childhood, adulthood, and personhood depend on those formative first five years.

Tell me you haven’t felt that pressure? From the moment those two lines show up (or now, in digital cases, how many weeks you are), I felt like I put a lot of pressure on myself. Eating right, exercising right (ha), breastfeeding right, balancing home and work and family and I just felt this constant guilt and heaviness like I was always messing something up.

But now, now that’s she gone, I have finally realized that time spent with littles at home does not have to be a pressure-filled race.

You don’t have to fill every spare moment with “educational” fun.

You don’t have to wonder if you are talking enough to your baby during the day.

You don’t have to feel guilty for working too much or not enough or not at all.

None of it matters.

I want to laugh when I think back to how worried I was that they were watching too much TV or eating one too many fruit snacks. I was just so anxious all the time that I needed to get this mothering thing down pat and do my job as a mom well, to some imaginary standard that I have.

That I didn’t realize how ridiculous it all was.

Because when these kids are little?

It doesn’t matter if they have an extra half hour of screen time or skipped fruit for breakfast or did absolutely nothing educational at all today.

Because they are just little.

They don’t need anything but love. And time. And as much of you as you can give them. It is enough if you do nothing else in those first five years than color and bake cookies and read every book in your entire house. It really is ok to leave them with a babysitter once in a while. It really is fine to hate it all one moment and hug them fiercely the next.

So moms of littles, promise me that you will stop feeling guilty for doing enough or being enough.

Because you are enough.

And let them be little.