The first time I ever got on a plane, I was 19 years old and I flew all by myself straight to Paris, into one of the busiest airports in the world. 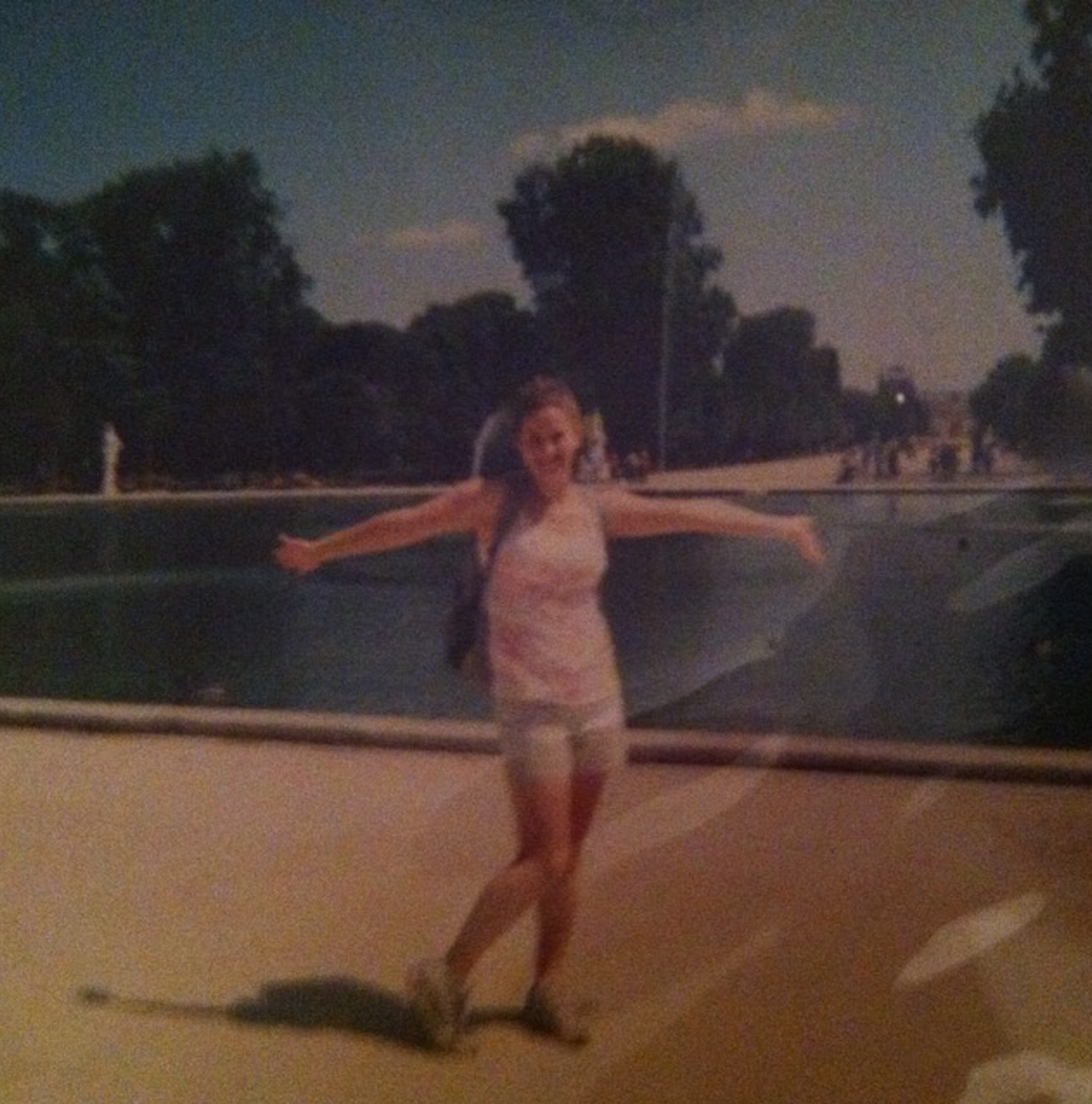 It was my first time ever traveling, my first time using my Passport, my first time getting on a plane, my first time going anywhere, ever, period, and this was a time before cellphones were glued to our brains. I knew nobody and had no way of contacting anyone while I was there. I knew remotely of another girl who was doing the same study abroad program from my school and that she was kind of sort of supposed to be at the same airport as me, so I legit wandered around the Paris airport for four hours looking for her, finally gave up, plopped down in a random terminal’s waiting area — and just so happened to look up and see her standing across the hallway.

I wasn’t even phased a bit by any of this. I wasn’t scared at all. I was either incredibly stupid or bizarrely naive and probably some combination of both, but I went into that trip with no qualms whatsoever. No way to call anyone for help? Eh, it will be fine. No idea where to go once I got to the airport? I’ll figure it out. Navigating airports that required multiple terminals changes in a language you did not speak? Sure thing.

Looking back, I don’t know how my parents survived such a trip for me. I think they may have thought that because it was a study abroad program, it was all safe and set up, but it wasn’t at all. I did everything, from booking it all to paying for it to figuring out the logistics.  We were pretty much on our own for the program and France has a much different way of doing things than Americans. My mom never asked me a single question and I just did what I had always done, which was be completely independent. (Side note: yes, I realize pay back in the form of my oldest is coming.)

I did some stupid stuff there, like running through this giant park all by myself several times, once getting lost, but overall, I had an amazing, wonderful, life-changing time. To this day, I have a picture that hangs above my fireplace that I took while I was in Brussels and it evokes everything that was so peaceful and wonderful about my time there. It still hurts my heart that there was such tragedy there, because to me, it felt like heaven on earth.

My point in all of this is that if you remember me talking about my goals for this year, which included breaking into travel writing, and the press trip to Punta Cana that was soclosetohappeningIcouldtasteit that fell through, I am now learning that you have to be careful what you wish for, because it turns out it is happening and I have been hemming and hawwing about going, because no guests are allowed, meaning I have to go without Ben or the kids. I didn’t respond to the PR lady’s emails about the trip because I couldn’t decide and then she emailed me saying that she was sorry, but there had been a mix-up and my flight was already booked.

So it would appear I am going to Punta Cana by myself, like, um, next week and I couldn’t be more terrified. I have no idea where that girl who hopped on a plane and flew straight to Paris by herself without any fear went, but I’m guessing it’s the same place as my pre-pregnancy jeans went.

This time around, I’m scared to death of going to the airport alone, let alone leaving the country alone. I’m terrified of shootings and plane crashes and kidnapping and Zika and mysterious disappearances. I am not exaggerating a bit, I truly am scared. Even the thought of being alone in a hotel room is freaking me out. Will I be able to sleep? I can’t remember the last time I was really and truly alone like that, you know?

It’s all so scary.

But a bigger part of me wants this. I want to find that girl again, who wasn’t afraid, who trusted things would work out. I want to find the girl who embraced life outside of her small town and looked for adventure and realized that the world isn’t always a bad place. But it’s hard. I know more now than I did back then and I have a family that needs me and there are real dangers out there.

And perhaps I shouldn’t be spilling my fears about a paid press trip to a luxury resort (are you rolling your eyes at me yet?), but as moms, even a chance like that is mixed with fear and guilt and so many emotions it can be overwhelming.

So yeah, I don’t know. I guess, if you have any advice or experience in this please spill! And maybe just think of me, that I can be that brave girl once again…this time with just a tad more smarts about me. And also no fanny pack. Because yes, that was a real thing. Traveling doesn’t necessarily make you cool, that’s a fact.