There. I said it.

Sometimes, I think my job as a mom, part-time nurse, and fledgling writer is harder than my husband’s.

And I think it makes me a jerk. 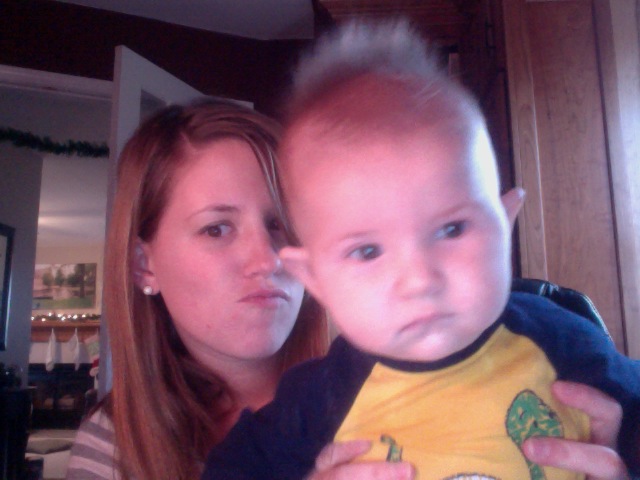 One of my bosses. He’s a slavedriver.

It’s not something I even want to think about, mind you, but deep down, I have the teeniest, tiniest conviction that maybe, just maybe, my life is harder than my husband’s.

I’ve talked a lot about playing the comparison game and not dwelling on our differences as men and women, but I know that actions speak louder than words. I know that when I’m trying to juggle all things–the money, the house, working, the kids–and some ball inevitably goes flying out of the air, I start to harbor resentment because he doesn’t have to do all of this! Must be nice to just worry about work. Hmmpph. I can feel it brewing inside me and it’s a dangerous path to go down, I know this.

It’s not a competition and I have an awesome, awesome husband. And yet, I know I still take things out on him when I feel overwhelmed.

My husband had school called off again (he’s a teacher) and he was out the door faster than you can say “snow day” to work in his workshop. Meanwhile, there was some kind of mix-up at work and apparently I was supposed to be there and slept my way right through them calling me in. So now I’m chilling anxiously, hoping I don’t get in massive trouble for not showing up to a shift I didn’t know I was supposed to be working, all while feeling wretchedly guilty because I could have been there because Ben had the day off…even though he’s not here. It’s craziness.

My point being, sometimes, I get a teensy bit jealous that when he has the day off, he gets the day off, you know what I’m saying?

We don’t really get that.

I spend my week going around like a crazy person, trying to do all the normal “mom” stuff while fitting in writing jobs here and there and prepping enough for the weekend. Ben usually works in the workshop Saturday or I’m working at the hospital, and the madness starts all over again.

I have to constantly check and balance myself because obviously, it’s not anyone’s fault. I choose this life and I have the choice to talk to my husband about how I’m feeling if things get out of control.

Logically, I know this.

Illogically, of course, I’m sitting here stewing and eating leftover chocolate cake while pretending not to hear that Jacob is awake in his crib.