This spring, I met one of those mothers.

You know the kind.

The kind that make you feel wholly inadequate as a mother.

It all went down at our public library, where Ada was enjoying a weekly story time. This mother also had a four-year-old daughter in story time, about Ada’s age, as well as a second daughter, a little older than Mya.

Their family waltzed in to the library, the oldest girl gowned in the fanciest, princess, sparkly ballroom gown known to man. Complete with a tiara, bedazzled shoes and a tiara.

The little girl did a twirl as she made her entrance, clearly pleased with herself.

Her mother smiled over at me and my gaping jaw. “I believe in letting her express herself however she wants,” she said gently.

I looked over at Ada, who wore a completely crushed expression on her face in response to the princess storm, and tried to hurry her in to the story room.

As I settled Mya down in front of the toy table, the woman’s second daughter toddled over. In her brightly colored cloth diaper.

Hesitantly, I struck up a conversation with the mother, only to have her start discussing the latest sensory bin that she had developed for her daughter.

I nodded in agreement, but inside I was thinking, What in the world is a sensory bin? I think I have a sensory bin for my kids too…it’s called the backyard?

Her daughter interrupted our conversation with a strange grunting sound, pointing to the toy table.

“What is it sweetie?” the mother asked. “Use your signs.” She gestured with her hand in a circular motion on her chest. “More, please,” she encouraged.

The toddler reciprocated the sign, satisfied when her mom handed her the chewed-up toy dinosaur she had been pining for.

As the minutes ticked by, the mom settled down with her iPhone, periodically pulling goodies out her bag for her daughter–homemade play dough, some kind of egg carton contraption, organic snacks. And then, when her daughter started fussing, she whipped it out, right there in the children’s section.

Pulled up her bright pink sweater and smashed her daughter to her dangling boob. Her daughter nursed for a few minutes, then pulled away. Her mom pulled down her shirt and carried on scrolling through her phone, her eyes never having left the screen throughout the whole exchange.

While I am all about breastfeeding (I nursed Ada until she was 15 months and Mya for 12), I staggered a bit at this scene. I like my privacy when I breastfeed. I know it’s a natural thing, and while I have no problem nursing openly at home or in front of my sisters, for example, out in public is a different story. It’s still my boob, after all. And I find the whole whipping-it-out-for-the-world-to-see-thing embarrassing for me. If I have to nurse out in public, I am always discreetly covered up.

For one thing, I’m pretty sure the whole operation on my body doesn’t work right. After contracting mastitis with Ada that was so severe it required hospitalization, that boob has pretty much shriveled up and died. In an attempt to make up for its partner’s shoddy work, the other side seems to double efforts on the milk production.  So, breastfeeding for me entails gritting my teeth while Jake nurses on one side, and hosing down the room after the other side. Not a scene particularly friendly for public viewing, you know?

Maybe six weeks ago, it would have bothered me to compare my mothering to the super-crunchy library mom who has no aversions to public breastfeeding and makes her own granola.

But there’s a beauty in having more children.

You start to get a little more comfortable as a mother.  I have let go of a lot of exepctations that I had for myself on what I thought a mother should do.

It no longer bothers me that I don’t always wake up before my kids or get dressed before  11 o’clock. I no longer beat myself up if the laundry piles or up I don’t clean the bathrooms every week. I don’t feel guilty for working or not working. Maybe all the other moms send their kids to preschool, maybe I won’t. Maybe other moms exercise every day or meal plan their whole week with hundreds of savings in coupons. I don’t.

Part of it is a survival thing. I have to let go of some of my expectations just to get through the day. But another part of it is an attitude shift. I honestly felt dragged down and stressed in my last four years of mothering with the way I thought I should be doing it–scheduled play time, more activities, a little bit of homeschooling, cleaned house when Ben got home, more cooking on my part, guilt for asking Ben for “me” time.

I’ve let it go. And I feel so much happier. I feel like I enjoy being at home more when I’m not stressing out that I’m not doing it right. I had this idea that being at home with the kids was my job, and I needed to treat it like a job–with a specific way of doing it “right.”

There is a freedom to letting yourself just be the mother that you are and realize that your kids will be ok.

Even if you don’t know what the heck is a sensory bin is. 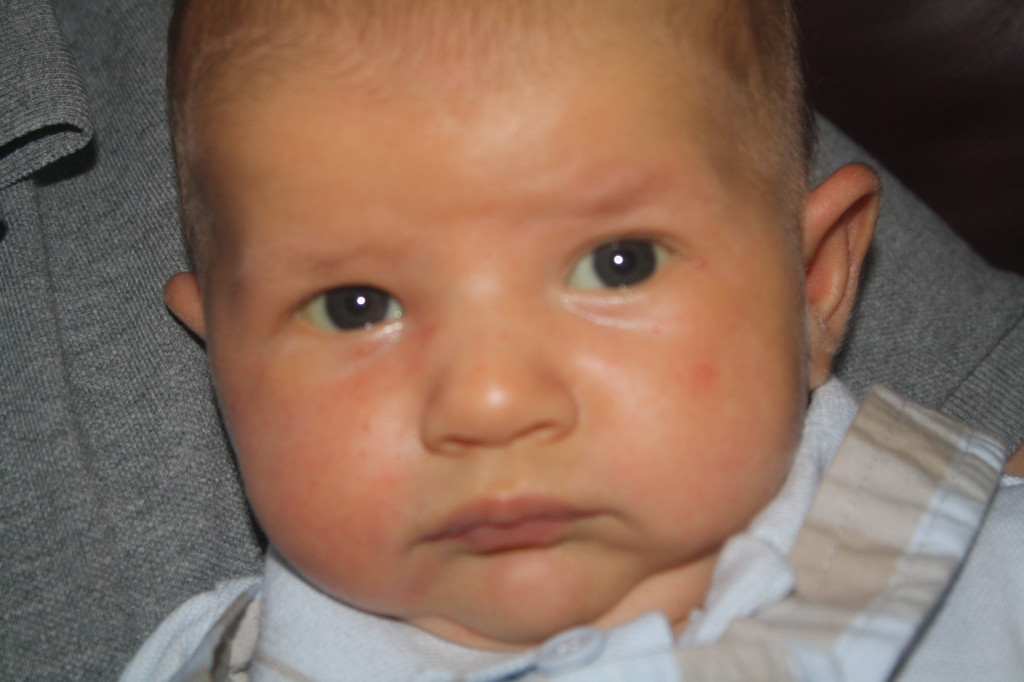 Because really, this is all that matters, right?