So today is my birthday and I kicked off things with pretty much being the worst mother in the world.

I woke up late, heard Ada downstairs, realized she hadn’t gotten dressed or brushed her teeth and that we had 10 minutes to get to school, so of course, I did the logical thing and yelled at her over the stair railing to get her buns in motion.

She didn’t respond, 5 more minutes passed, so I hauled down the stairs in a rage and dragged her upstairs, scolding her the entire time. “Ada! You know the rules–you’re supposed to get dressed before you watch TV!!”

And that’s when I noticed her look silently down at her hands.

And that’s when I noticed the crayon-filled card she was holding.

And that’s when I felt my heart break into two and wished I could rewind time. 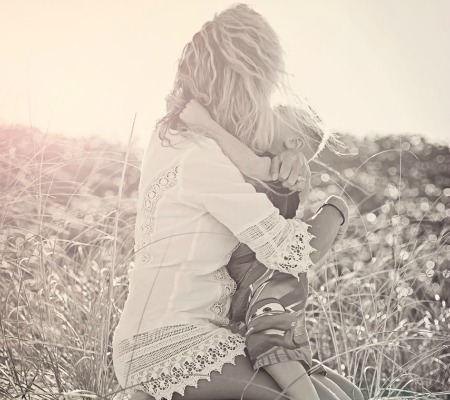 If there is one thing I have learned over the past six years as a mother, it is this:

But it is also overwhelmingly painful.

My heart opened up in ways that I never thought possible the moment that I first laid eyes on my daughter, a squalling bundle of baby limbs on my chest that caused my breath to catch in a way that feels like it will never fully recover. I remember thinking, “Oh, it’s you!” because I felt instinctively that she was someone my heart had always known and would always recognize.

So while becoming a mother has literally transformed my life with its love, it has also brought an unexpected ache.

Do me a birthday favor? Read the rest over at Disney Baby today and celebrate Mother’s Day with the beautiful ache of motherhood every day.